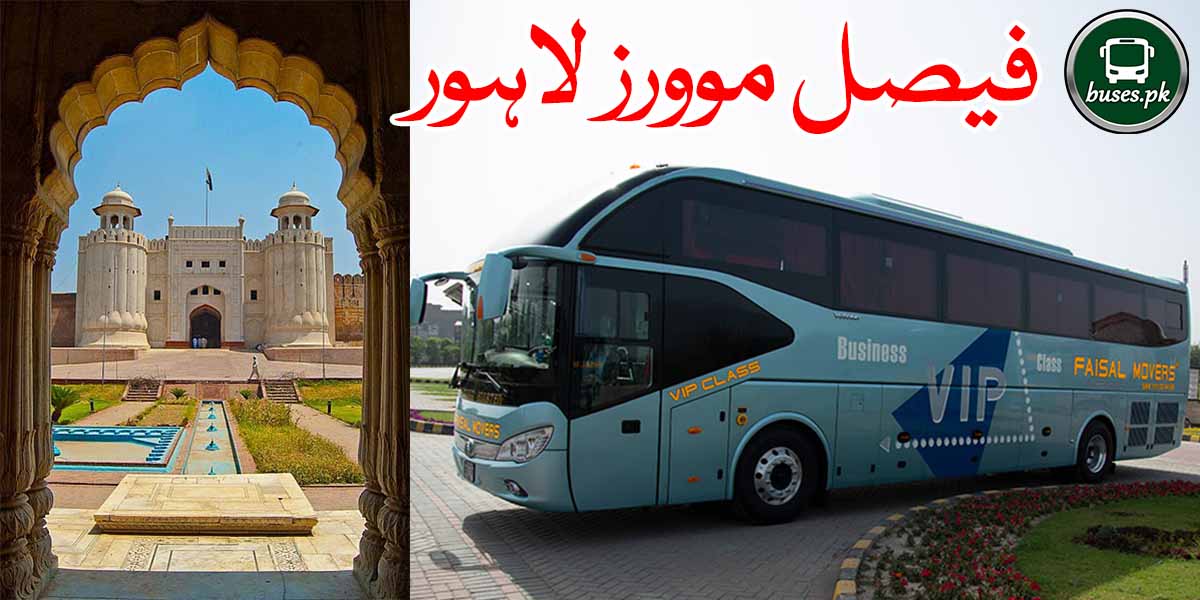 Lahore is the capital of the Pakistani area of Punjab. It is the nation’s second biggest city after Karachi and eighteenth biggest city on the planet. Lahore is one of Pakistan’s wealthiest and most seasoned city.

Faisal Movers is the biggest transport administrator in Pakistan. Headquarter of Faisal Movers is in Lahore. It has numerous courses for urban areas everywhere throughout the nation including Islamabad,Peshawar, Faisalabad, Multan, Bahawalpur, Sadiqabad, Raheem Yar Khan, Sukkur, Karachi and so forth. Faisal Movers covers pretty much every goal from the city of Lahore with huge progression of travelers. It has in excess of 200 departures to almost every major destination in Pakistan.

Jinnah Terminal was main point before M-3 Motorway, After this it was cutt off for many routes like Multan, Bahawalpur, DG Khan, Alipur, Rajanpur etc. Jinnah Terminal now offer ticketing for routes like Multan through G.T Road, Sahiwal etc. Kalma Chowk Point however is only ticketing and cargo point where you can purchase tickets but you have to go the departure terminal to catch the bus.

For Online booking you can book ticket through the website www.bookkaru.com, you can check our article for the details.

You can check time schedule of Faisal Movers from Lahore to other cities.

Additionally, here’s a connect to Faisal Movers’ legitimate Facebook page where you can make an impression on the organization or look at refreshes identified with the transport administration.